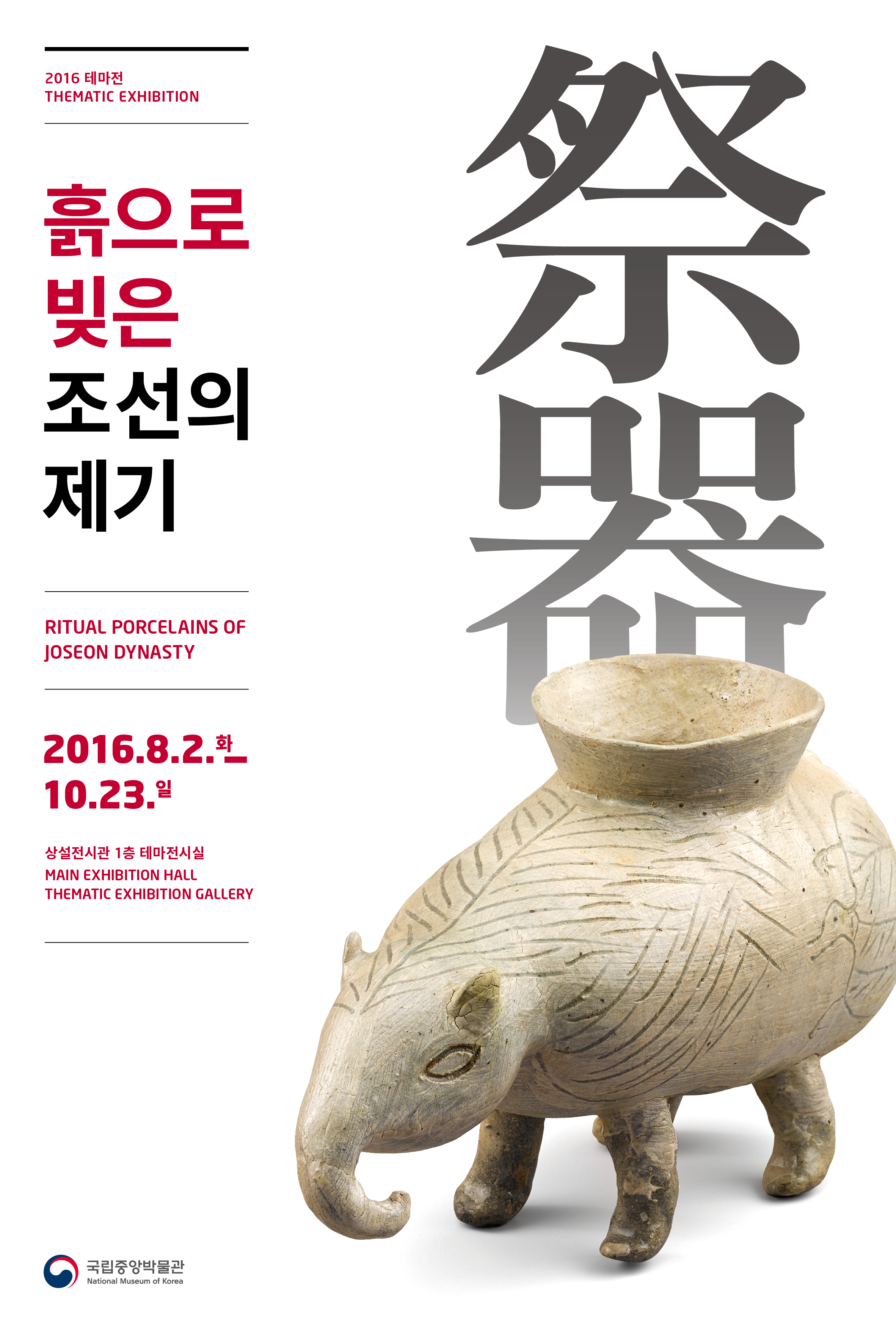 Since ancient times, there has been a bond that tied us humans to the skies, the earth, and our ancestors. These were our ancestral rites, and we made vessels to present offerings in the rites. These ritual vessels were offered to show thankfulness to the gods and also to be blessed; they were vessels that traversed time and space.

Society in the Joseon Dynasty was based upon Confucianism, which emphasized the importance of memorial services to ancestors. Ritual vessels were thus one of the most essential and significant items in Joseon society. Ceramic ritual vessels were not merely used in ancestral rites but were also appreciated as works of art. They represented the "courtesy (禮)” culture of Joseon society.

The National Museum of Korea is therefore pleased to present, for the very first time, a collection of ceramic ritual vessels to enhance public awareness of its beauty and to elevate people's interest in them.

The Joseon Dynasty newly defined its social norms on the bases of the modified Five Rites (五禮), and reorganized Jegi doseol (諸器圖說, Pictorial Illustrations of Ritual Vessels), which served as the guidelines for producing ritual vessels.

Converting to the Unique Ritual Vessels of the Joseon Dynasty

As ritual vessels began to be made in ceramics, they were adjusted and modified in shape and decoration to fit the nature of the material by deliberately omitting designs or emphasizing distinctive features. By the seventeenth century, they developed into unique ritual vessels in white porcelain.

One of the characteristics of these white porcelain ritual wares is the foot, which is dented in a triangle or semicircle shape in part. Also, some of these wares have a rimmed or ridged mouth, and their exterior walls are decorated with a band of saw-tooth design.

In the rural areas, particularly after the foreign invasions in the late-sixteenth and early-seventeenth centuries, rituals became a prevalent practice to unite and maintain the impoverished society. A huge number of ritual vessels in white porcelain have been discovered in hyanggyo (local Confucian schools) and town walls.

In the eighteenth century, ancestral rituals were held more often than ever as the numbers of the nobility class increased. Therefore, the practice of enshrining ancestral tablets and holding memorial services prevailed, also among the common people.

In the eighteenth and nineteenth centuries, white porcelain bowls and dishes with a high foot were mass-produced. They came in different sizes and shapes, and their feet were also shaped in different forms such as cylindrical or facetted with four- to 12- facets. Some of these wares were inscribed with the character "je (祭)," or "jehyeon jubyeong (祭玄酒甁)," meaning a wine bottle for rituals, and they were widely used − not only by the nobility, but also by the common people.