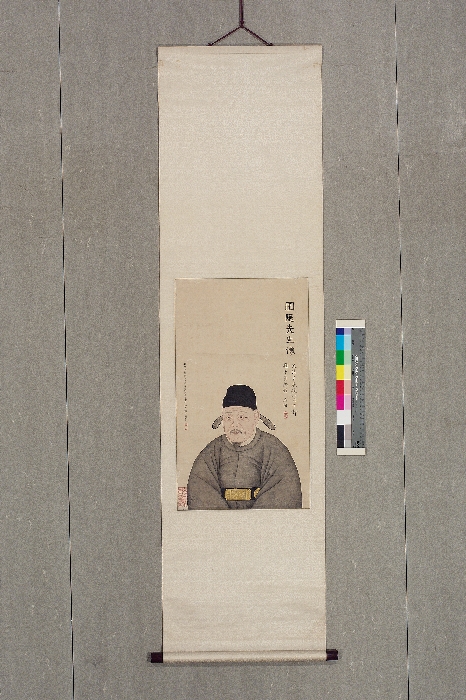 This is a portrait of Jeong Mong-ju (pen-name: Poeun, 1337-1392), a neo-Confucian scholar towards the end of the Goryeo Period. Jeong Mong-ju was one of the most respected scholars of his time as well as a symbolic figure of loyalty to the Goryeo Dynasty. This portrait was painted at the end of the Joseon Period by the royal court painter Yi Han-cheol based on the original portrait kept at the Sungyangseowon Confucian Academy in Gaeseong.