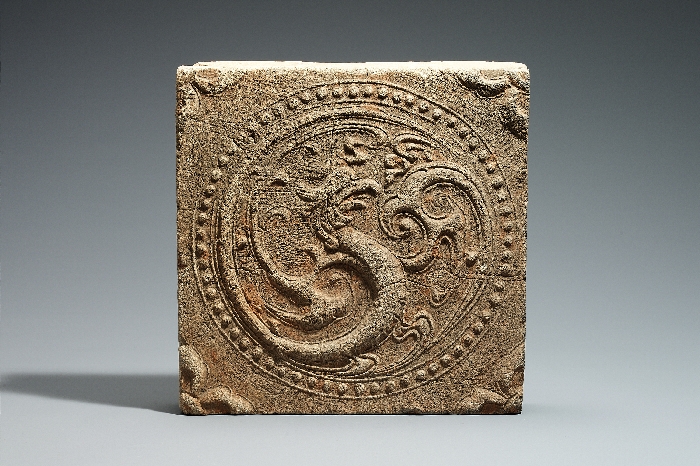 The circle at the center of this brick is outlined by a big dotted-line, flanked by embossed lines on both sides. A soaring phoenix fills the inner circle, and the phoenix is facing a cloud swirling to the left. This brick is one of the various patterned bricks excavated in 1937 from the remains presumed to be a temple site in Oe-ri, Buyeo. At the time of the excavation research, the bricks were found buried with their tops and bottoms crossing one another, and the four corners of the bricks had holes to enable them to be closely linked together, indicating that they were used in constructing the base of a building.