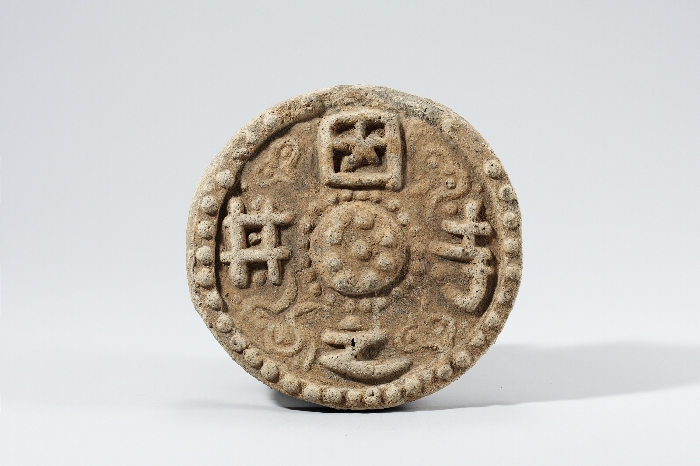 This convex roof-end tile contains Chinese characters associated with a Buddhist temple dating to the Unified Silla period. Written in thick strokes, the characters read “Injeongjisa” (因井之寺), a reference to the name of a Buddhist temple. There are also thick bead patterns around the tile’s edge. These features indicate that the tile was made at some point during the end of the Unified Silla period or the early Goryeo period. Similar items have been unearthed in Gyeongju and its vicinity.