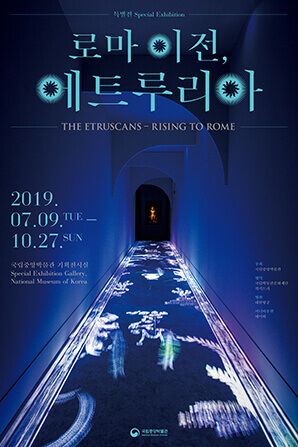 Special Exhibition 'The Etruscans-Rising to Rome'

The Etruscans: Rising to Rome


Who were the Etruscans?

The Etruscan civilization was the first great, powerful and flourishing Italian civilization known not only for its cultural and technological heritage, but also for its social and political organization. From the 6th century BC onwards, the Etruscan civilization achieved a complex urban development, with the creation of authentic autonomous city-states. The civilization came to and end as a result of continual tensions with Rome and was eventually absorbed into the ever expanding land holding that would later become the Roman Empire.

Why are they significant?

While some may not have heard of the Etruscan civilization, their impact on western art, architecture, and culture is remarkable. Etruscan life was marked by an intense calendar of liturgical celebrations in homage to gods and goddesses that were pre-cursors to the Roman gods of Olympus. Daily life was oriented towards festivities, dancing, music, culture and refinement of customs. They were keen tradesmen, excellent maritime navigators and possessed warlike attitudes securing them a position in history that marks them as one of the most important civilizations of the ancient Mediterranean region.
Their artistic achievements compliment their economic domination of the region. Impressive sculpture and architectural ornaments, superb bronzes, cremation urns and sarcophagi bearing striking portraits of the dead, as well as intricate gold work, decorative ceramics, and exotic items made from imported materials such as ivory and amber all became standard bearers for artistic accomplishment in the region. These works reveal the cultured lifestyle of a wealthy and sophisticated society.

How is this exhibition unique?

This exhibition is the first time this ancient civilization is being showcased in Korea. The 287 Etruscan treasures on loan from prominent museums such as National Archaeological Museum of Florence and Guarnacci Museum of Volterra in Italy invite us to participate in the intimate life and customs of an ancient people long gone. While the direct legacy of the Etruscans was absorbed by Rome, it is still very much present in modern day Italy and abroad and visitors will be able to see clearly the artistic and cultural debt owed to this lesser known people group.