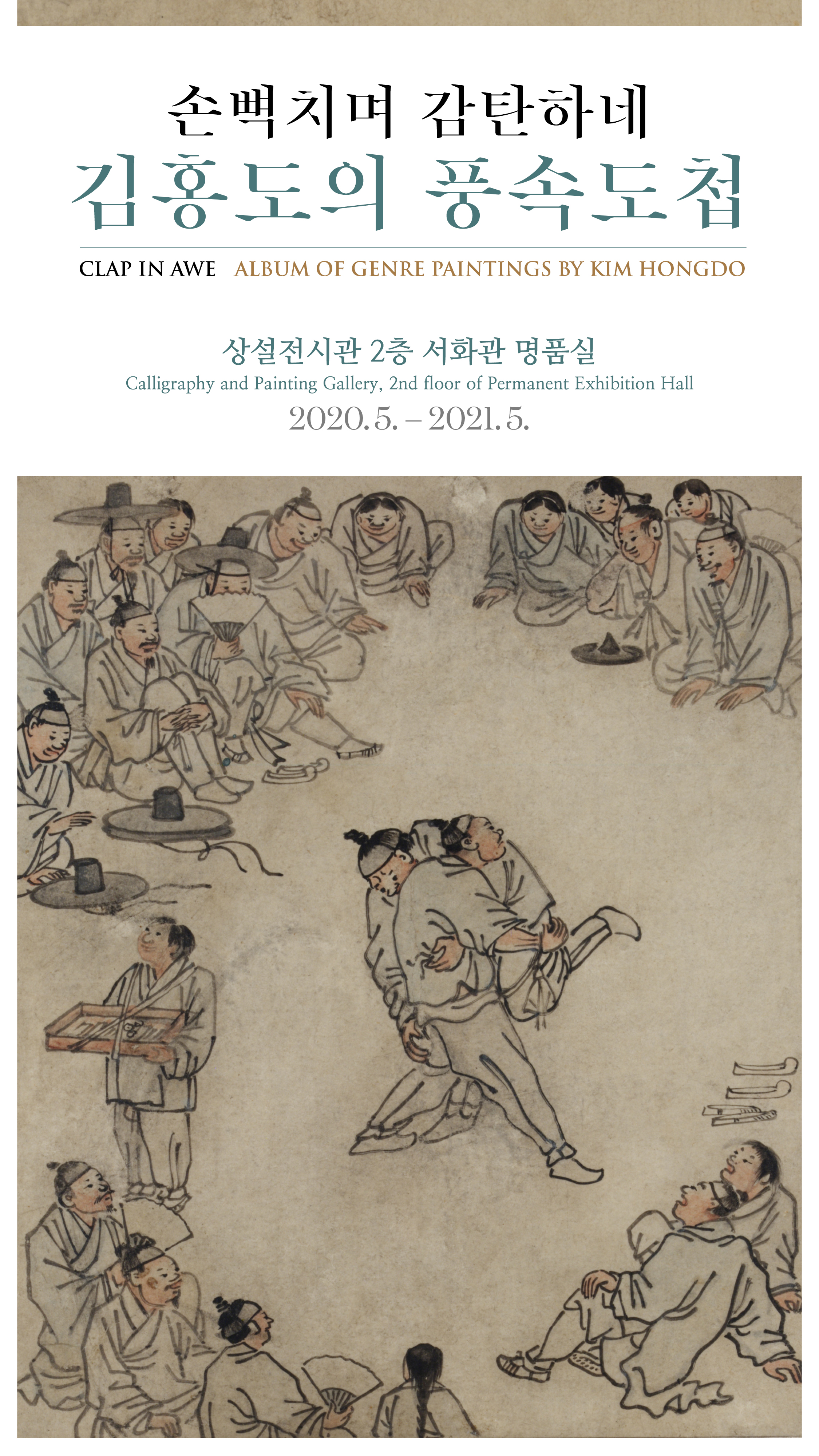 Clap in Awe, Album of Genre Paintings by Kim Hong-do

Album of Genre Paintings by Kim Hong-do is the definitive masterpiece of Kim Hong-do (1745–after 1806, sobriquet: Danwon). The paintings “Wrestling,” “A Dancing Boy,” and “A Village School” from the album are still cherished by countless people today. These paintings can lead viewers to feel the fever of a fierce wrestling match or move their shoulders as a boy dances to a cheerful musical performance. Kang Se-hwang (1713–1791), a teacher of Kim Hong-do, stated that “Kim Hong-do is so proficient in depicting various scenes and thousands of tasks that people follow every day that everyone clap in awe by his brushwork.” Such remarks indicate that Kim’s paintings filled viewers with admiration and were very well received. It is hoped that visitors will enjoy a wide variety of scenes of daily life in these genre paintings from the late Joseon period.