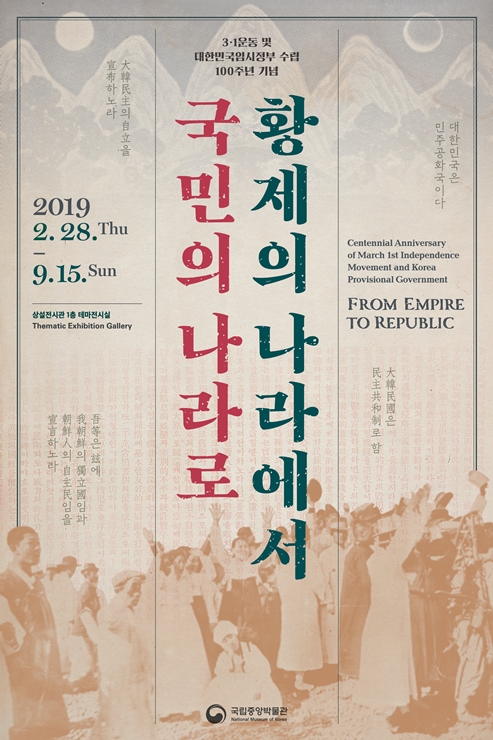 From Empire to Republic

III. Independence and Establishment of the Country by the People
Immediately upon regaining their independence on August 15, 1945, the Korean people wished to create a new democratic order. Tragically, however, Korea had already been divided into north and south along the 38th parallel, so the people’s dream to create a unified Korean government went unfulfilled. Thus, on May 10, 1948, the south held the first democratic election in Korean history, upholding the democratic principle of universal, equal, and secret suffrage. Shortly thereafter, the National Assembly ratified the constitution on July 17, and the government of the Republic of Korea was officially established on August 15.