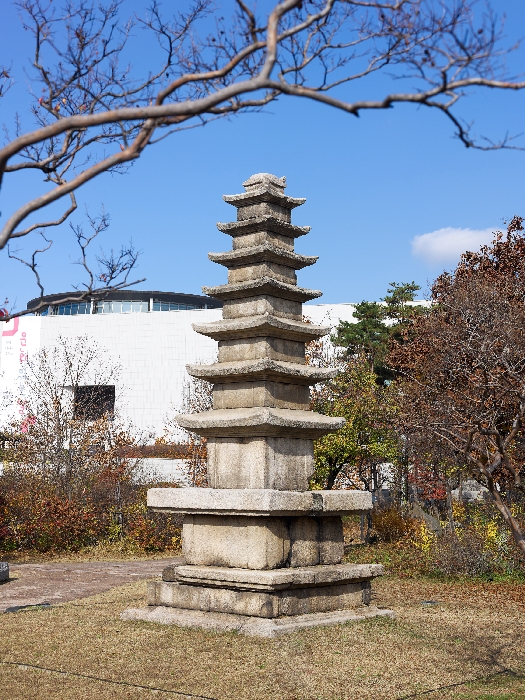 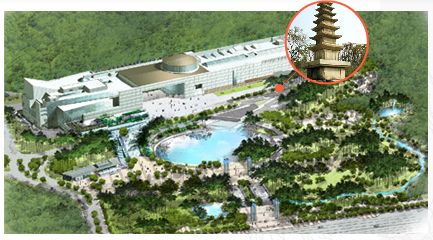 It was after the arrival of Buddhism that pagodas began to be erected in East Asia. Chinese Buddhists largely built brick pagodas, while Buddhist followers in Japan and Korea erected wooden and stone pagodas, respectively. This pagoda, which was originally located at the site of Namgyewon Monastery in Gaeseong, was relocated to the Joseon Government-General Museum in Gyeongbokgung Palace in 1915. It was relocated to its present location in 2005. Its overall structure follows the tradition of the preceding era, but it also displays the characteristics of a Goryeo stone pagoda, (i.e., a larger number of stories comprising the body than before, the lifted ends of the eaves, and the atmosphere of massiveness). Seven Buddhist scriptures written in silver ink on sheets of papers dyed deep blue were found inside the pagoda. The scriptures are thought to have been placed there in 1283 (or the 9th year of the reign of King Chungnyeol of Goryeo).