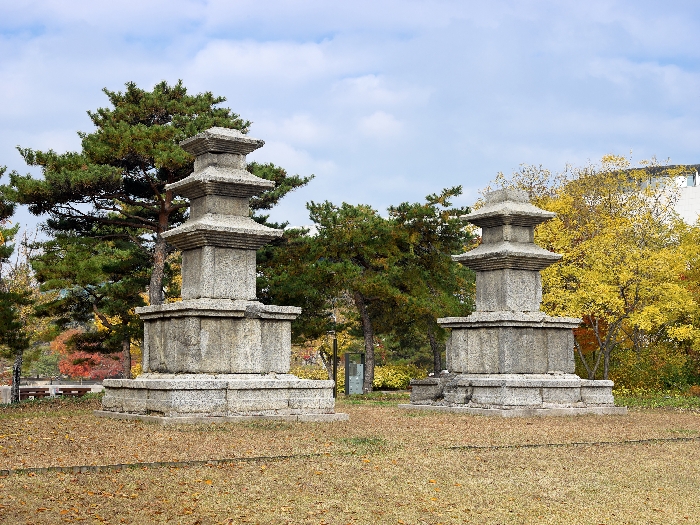 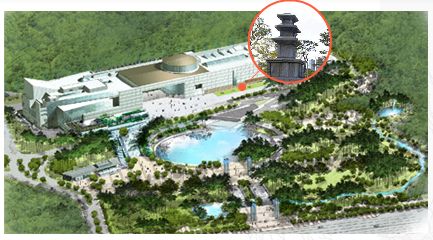 It was after the arrival of Buddhism that pagodas began to be erected in East Asia. Since then Chinese Buddhists largely built brick pagodas, while the Buddhist followers in Japan and Korea erected wooden and stone pagodas, respectively. The twin pagodas were relocated to the Joseon Government-General Museum in Gyeongbokgung Palace in 1916 from their original location at Galhangsa Temple in Gimcheon. They were relocated to their present location in 2005. They follow the common shape of pagodas found in the country (i.e., a three-story body set up on a two-story foundation). There are still nail holes (supposedly for attaching gold-gilded bronze plate ornaments) in the supporting columns and side stones. They are not large, but their parts display a harmonious composition and appear to have inherited the stone pagoda pattern of the early Unified Silla Period. The foundation of the one located on the eastern side contains an inscription saying that it was erected in 758 (or the 17th year of the reign of King Gyeongdeok of Silla).