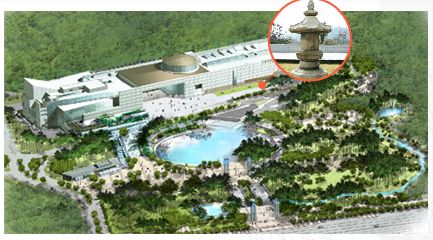 This stele was erected to commemorate the achievements of Buddhist Monk Jingyeong (a.k.a Simhui, 855-923) who established the Bongnim Seon School on the basis of the tradition established by Buddhist Monk Wongam at Godalsa Temple. It is widely regarded as a rare example of a stele that has retained its original structure complete with the tortoise-shaped pedestal and dragon-shaped capstone in addition to the main body. The epitaph was written by King Gyeongmyeong, the 54th ruler of Silla, and inscribed by Choe In-yeon, a cousin of the great Silla scholar Choe Chi-won. The stele also features cloud and dragon designs carved on both sides of the body, and the cubic capstone is characteristic of the style of early Goryeo.