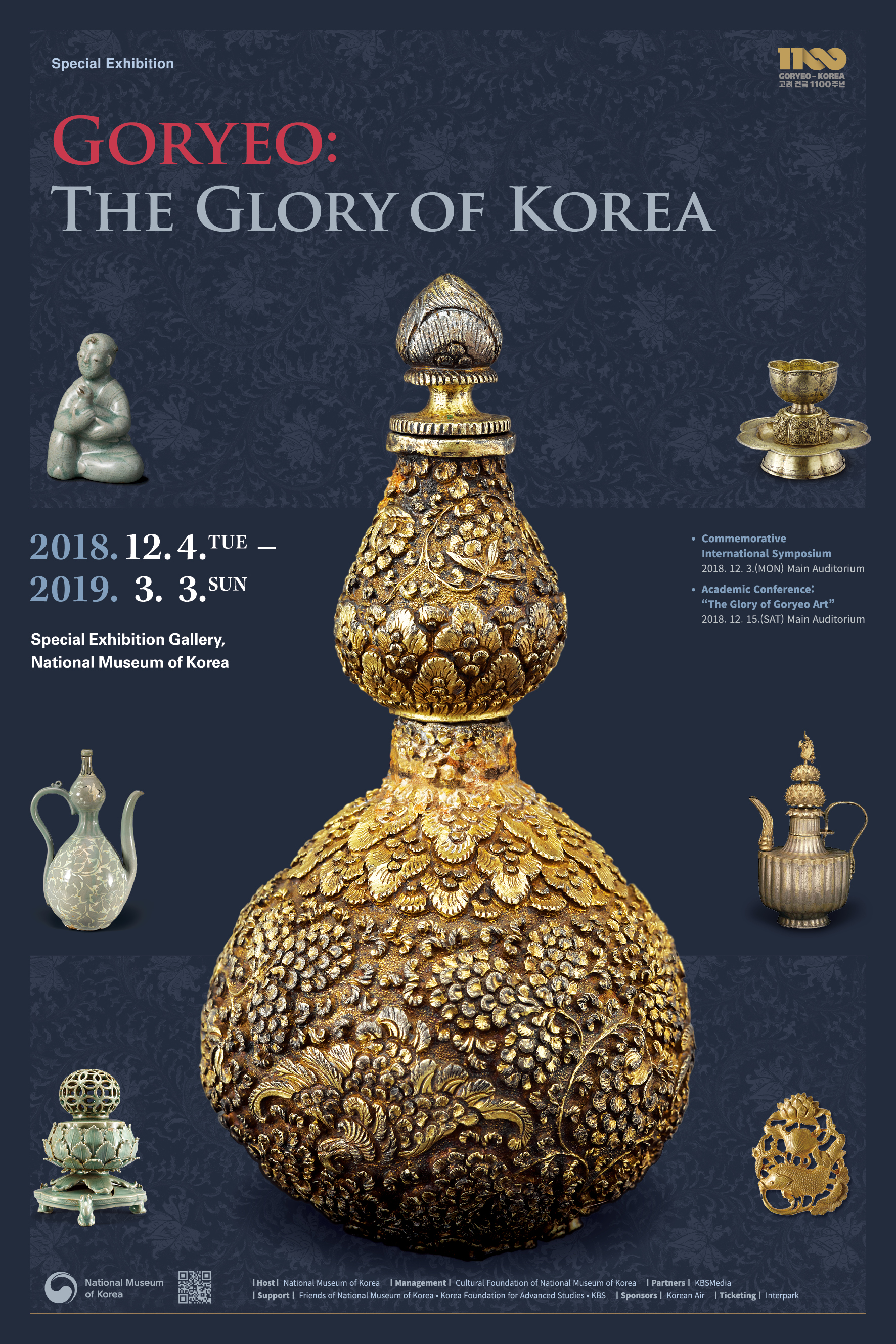 Goryeo: The Glory of Korea

In June 1123, a group of envoys from Huizong ― the emperor of Song Dynasty of China ― arrived in Gaegyeong, the capital city of Goryeo. Xu Jing(徐兢, 1091~1153), an envoy member, described a month he spent in Goryeo in his book, Xuanhe fengshi Gaoli tujing(宣和奉使高麗圖經, hereafter Gaoli tujing). Xu presented his book, which contains detailed notes with his illustrations, to Huizong. After four years, however, the Northern Song was demolished by the Jin, and the drawings part has been lost in the war. What would the Goryeo have looked like in the eyes of foreigners, and what would the difference be to what we remember?

The National Museum of Korea holds a special exhibition to mark the 1100th anniversary of the founding of Goryeo (918-1392). The exhibition introduces not only the culture that Xu Jing has praised but also the cultural accomplishments that Goryeo has made after the publishment of Gaoli tujing. Goryeo blended various traditions of the previous dynasties such as Balhae and the Unified Silla and created an open and cosmopolitan culture while actively interacting with neighboring countries. In the port of Yeseong, numerous foreigners were visiting which resulted in the renown of the name Korea to the world. This era was a turmoil for Northeast Asia; dynasties such as Song, Liao and Jin were turned over, before the historically-unique emergence of the Mongol Empire. The celadon of Goryeo ― which amazed Xu Jing ― reflects the challenge of Goryeo people to the newest technology of the time, and the elaboration and exquisiteness in Goryeo Buddhist paintings and the inlaid mother-of-pearl craftworks, resulted by the challenge, rank the top-notch of the artistry.

This exhibition will explore the excellence in Goryeo art together with the new values created in its challenges. The outcome of the convergence, engagement, and integration that Goryeo accomplished is another gene that is flowing through us. Through the special exhibition, you will find the current meaning of Goryeo instead of the disappeared medieval dynasty.

On display are 230 paintings, celadons, sculptures, and craftworks

Organized by National Museum of Korea