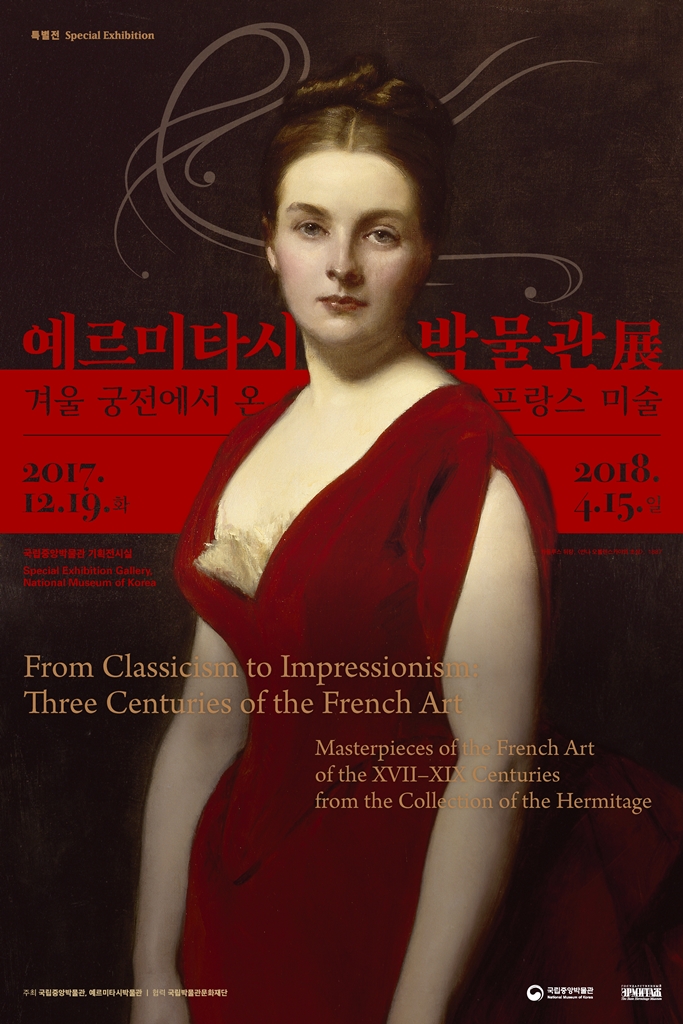 From Classicism to Impressionism: Three Centuries of the French Art

The National Museum of Korea presents "Fom Classicism to Impressionism: Three Centuries of the French Art, Masterpieces of the French Art of the XVII–XIX Centuries from the Collection of the Hermitage" in collaboration with the State Hermitage Museum in St Petersburg, Russia. This exhibition is being held in reciprocation for the exhibition, "Born in the Flames. Korean Ceramics from the National Museum of Korea" held at the State Hermitage Museum in 2016.  It examines French art from the 17th to the early 20th centuries. The State Hermitage Museum has the largest collection of French art anywhere in the world outside of France. It is an impressive collection of French artworks that was acquired by the Romanov czars and czarinas including Catherine the Great, Russian aristocrats, and entrepreneurs. It has long been housed in the storied Winter Palace in St Petersburg and is the highlight of the entire European art collection of the Hermitage Museum.  Featuring 89 paintings, sculptures, and drawings by French masters including Nicolas Poussin, Jean-Auguste-Dominique Ingres, Claude Monet, and Henri Rousseau, this exhibition is a wonderful opportunity to sense how the Russians in the 18th and 19th centuries appreciated French culture, and to see quintessential French art from that time.

On display are 89 French paintings, sculptures, and drawings from the 17th to the early 20th century including Portrait of Count Nikolay Guryev by Jean-Auguste-Dominique Ingres