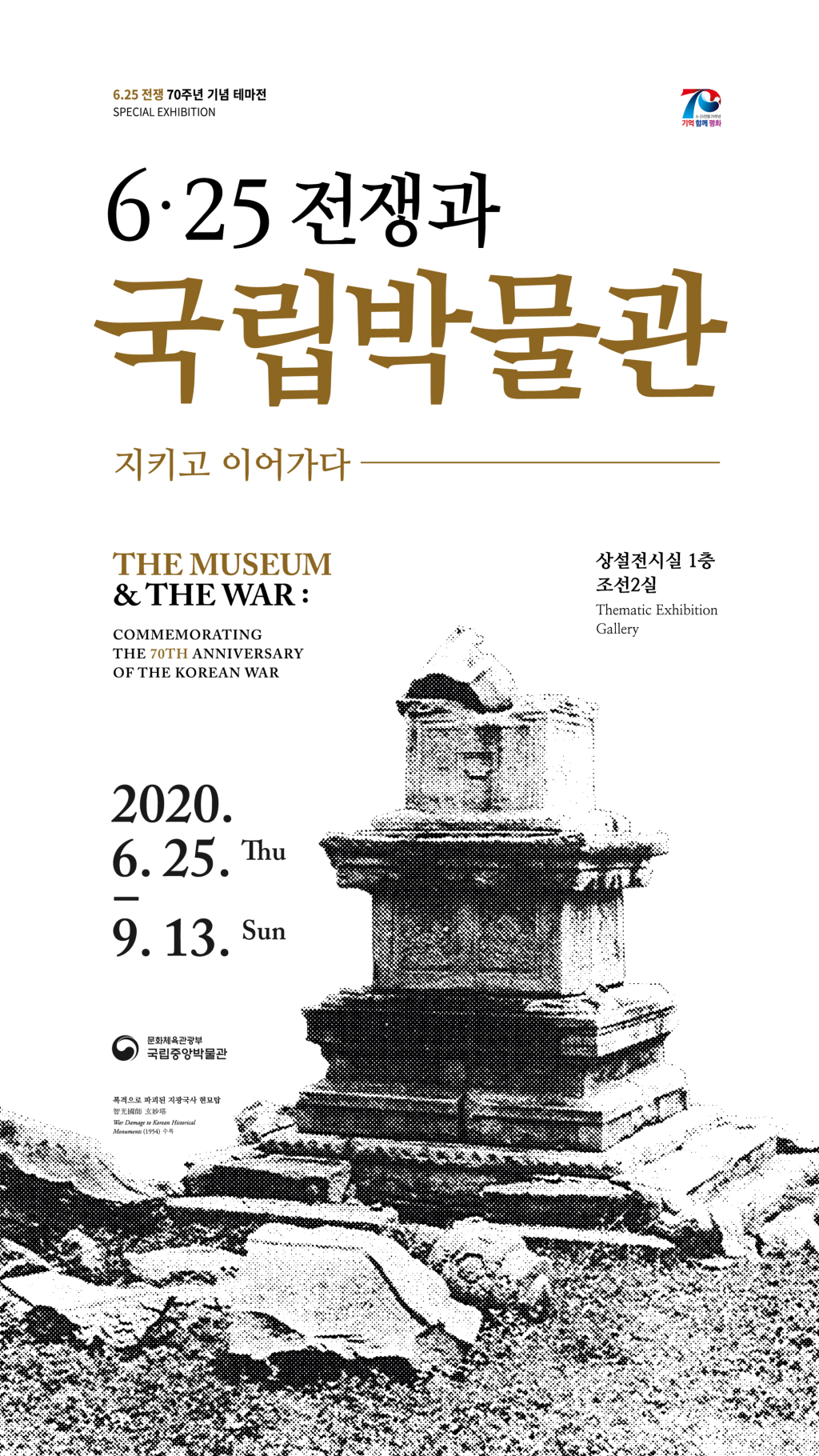 The Museum and The War: Commemorating the 70th anniversary of the Korean war

This exhibition is designed to highlight the National Museum of Korea, which was in danger of disappearing due to the war that took place 70 years ago, and to share the lessons of overcoming the national crisis and peace.

The first part, "Korean Cultural Heritage in Crisis" introduces the cultural heritages that were suffering from the Korean war, examines the crisis and damage suffered by the National Museum of Korea from the red army’s occupation of Seoul.

The second part, "Preserving Korean Culture and Introducing It to a Wider World" highlights the efforts made by the National Museum of Korea, which took refuge in Busan in December 1950, to protect and continue Korean culture in Busan.

The exhibition also selected some of the exhibits that were damaged during the Korean War or evacuated by the National Museum of Korea from the permanent exhibits such as Mt. Bukhan Monument for King Jinheung’s Inspection (National Treasure No. 3) and celadon lion-shaped incense burner (National Treasure No. 60). It is then organized to allow visitors to locate with pamphlets.

70 years ago, amid the crisis of war, there were people who wanted to protect the cultural assets left by their ancestors and continue the new culture. What they kept and continued was Korean culture, and Korea's pride.